Many thanks to the PB Cambridge Outreach Committee, Budget Delegates, City staff, the Stanford Crowdsourced Democracy Team, and all of the volunteers and participants who helped make the City's third PB cycle a success!

The $706,000 in FY18 capital funds for the seven winning projects from the third PB cycle became available on July 1, 2017. The graphic below displays the status of each project as of January 9, 2019. Check out a map of the completed projects here. We'll continue to update this information as more work is completed. 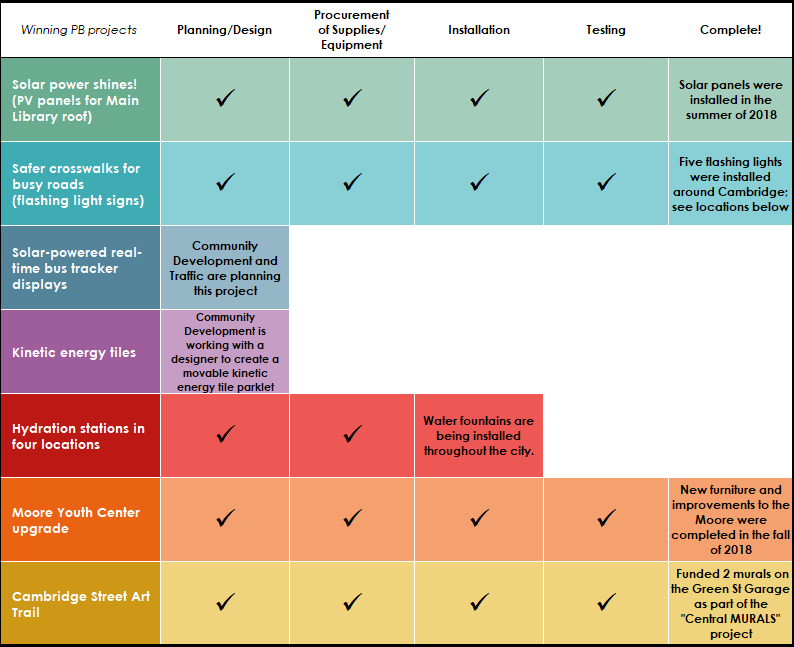 Additional notes about some of the projects:

To read about all 548 ideas that were submitted during the third PB cycle, please click here. 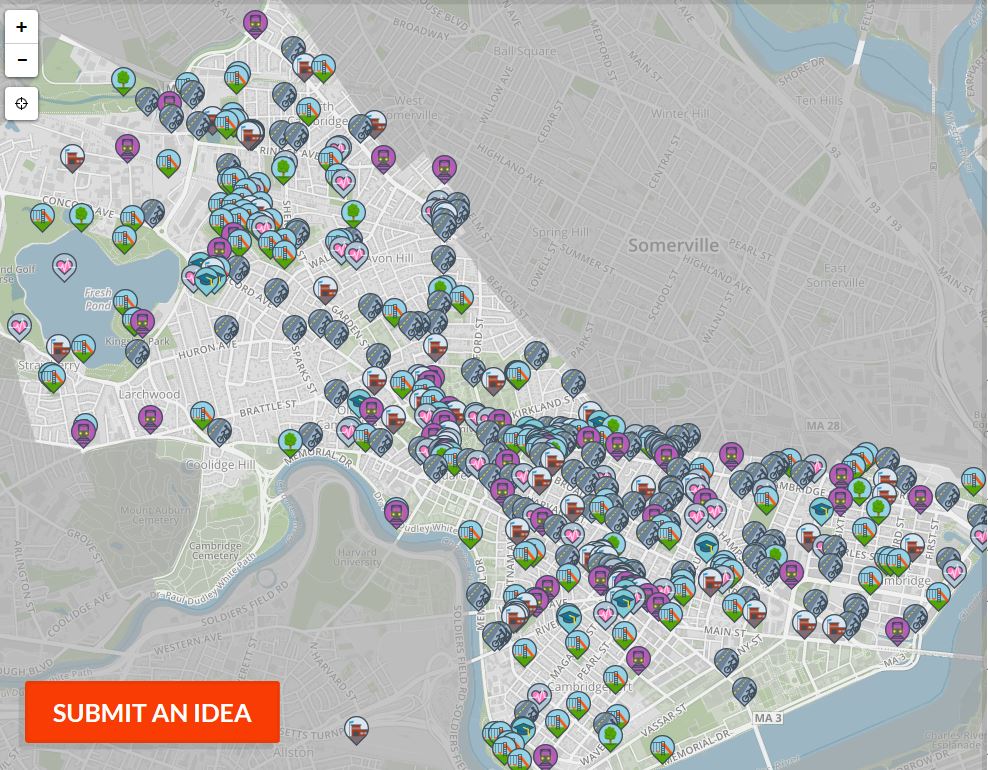 From August-November, 55-60 Budget Delegates worked in five committees to research, assess, prioritize, and develop the 548 submitted ideas into the following 20 final proposals for the PB ballot.

To read about each of them in greater detail, please click here. 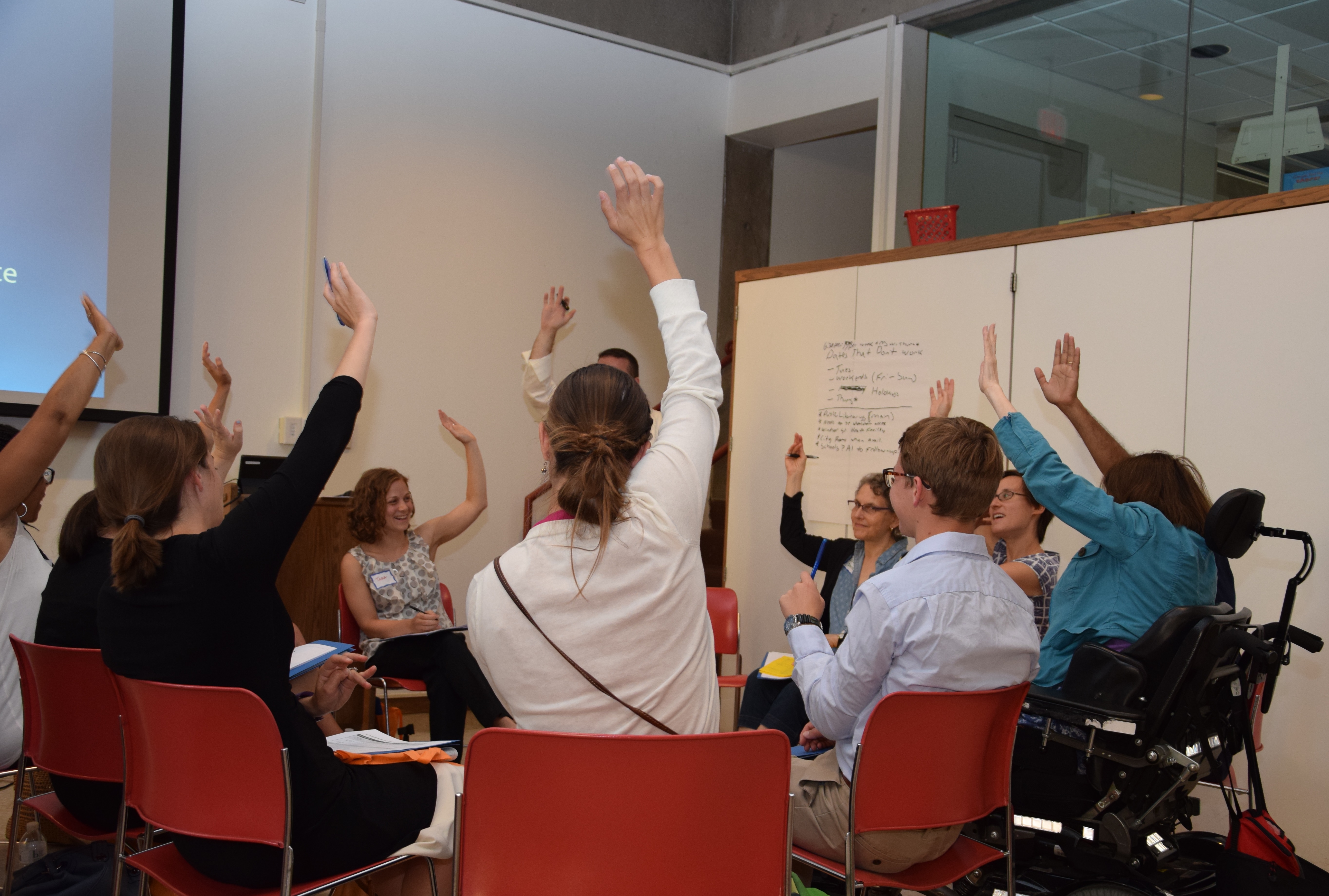 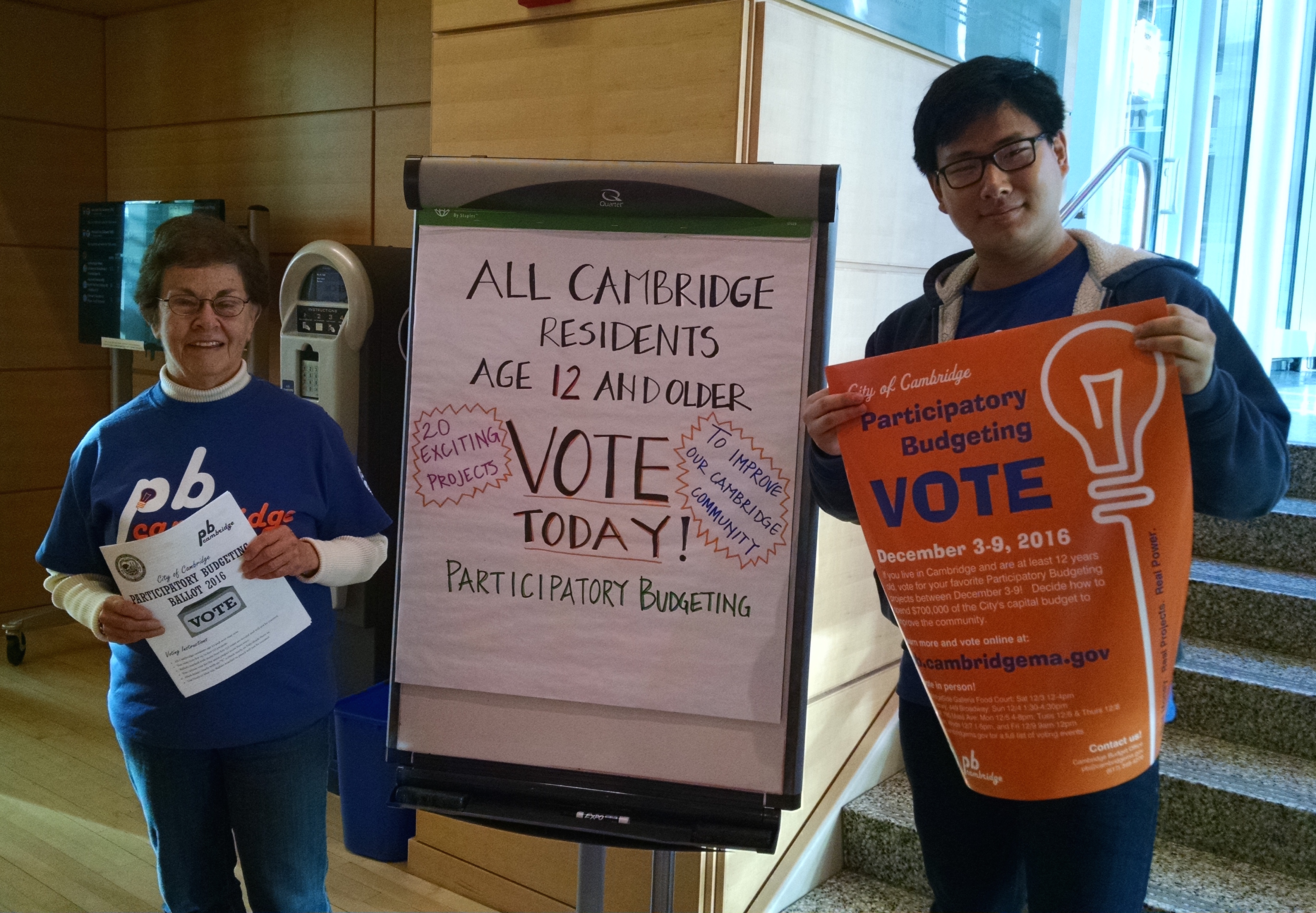 For a complete breakdown of the PB3 voting results, please click here.

Winning projects will be included in the City's FY18 Capital Budget. Implementation will take place during FY18, which runs from July 1, 2017 to June 30, 2018. We'll post updates about project implementation on this page and in our blog, so please stay tuned!

Marcia Mundt, a public policy doctoral student and research assistant at UMass Boston, completed an independent evaluation of the City's third PB process in January 2017 to try to gauge the impact of PB in the community thus far and to identify strengths and challenges in the current PB process. 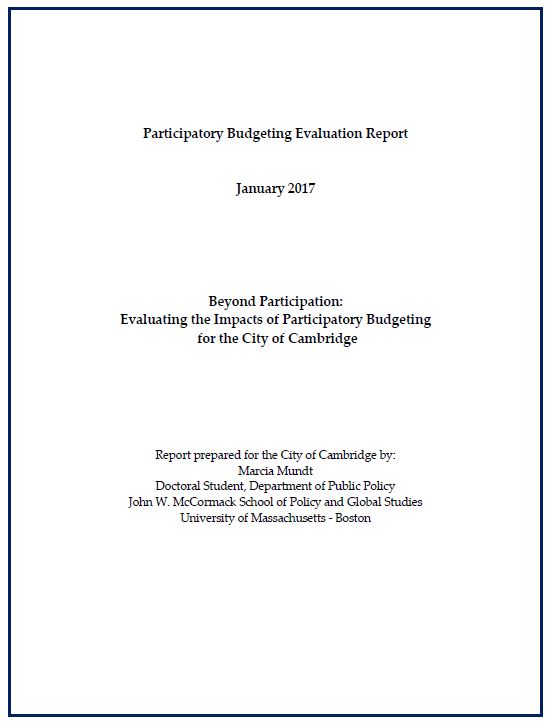 Many thanks to Marcia for her meticulous work putting this report together and for helping us to improve future PB cycles.