Kinetic energy tiles are tiles that generate energy from your footsteps! We want to introduce these tiles into our city and get Cambridge residents involved with clean energy! These tiles can power streetlights, phones, or laptops.

BROUGHT TO YOU BY CAMBRIDGE RINDGE AND LATIN STUDENTS

When force is applied to the kinetic energy tiles, whether it be footsteps, bikes, wheelchairs, etc., there is energy generated. Over the summer we did a lot of pedestrian counting with the Cambridge Community Development Department in order to see where the most amount of energy would be generated. The areas that would generate the most amount of energy include: Harvard, Kendall Square, and the public high school. A less acknowledged benefit of these tiles are their possible impacts on the Cambridge Rindge and Latin science classes, and how they can be implemented into existing curriculum for STEM classes. The science curriculum is currently being changed in the Cambridge Public Schools, which provides an opportune opening for a greater shift in how our curriculum teaches and promotes clean, alternative forms of energy. Students will also learn how clean energy works, and the physical mechanics of these tiles. The tiles also come with an energy display, which shows how much energy is being generated. This will visually show people that they are saving energy, and they will be more likely to save energy in the future.

These tiles are currently being used in other places around the world, such as a soccer field in Brazil made 100% out of these tiles. The electricity generated from the tiles is used to power the field's floodlights. Pavegen states that each pedestrian generates up to 7 watts at 12 volts DC, enough to run a LED street lamp for 30 seconds. With the amount of traffic and tourism in Harvard Square daily, local traffic can power Harvard Square street lights indefinitely. This Means less reliance on unclean forms of energy, as well as improving energy costs for the city in areas these tiles are implemented. The tiles can improve life in Cambridge, by providing clean and reusable energy. These tiles are a relatively new technology, and Cambridge has been trying to become more energy efficient. This solution experiments with using new sources of energy, and reducing overall nuclear and coal use. If these tiles are installed in Harvard or Kendall Square, then this will certainly increase tourism around the area. This idea can also put Cambridge in the spotlight as a more energy progressive city.

If this proposal is implemented, there’s also the possibility of using these tiles at public events such as The City Dance. The tiles can be used as a public attraction as well as help generate energy for the city from a large amount of people, they can learn something about science and energy while having fun. 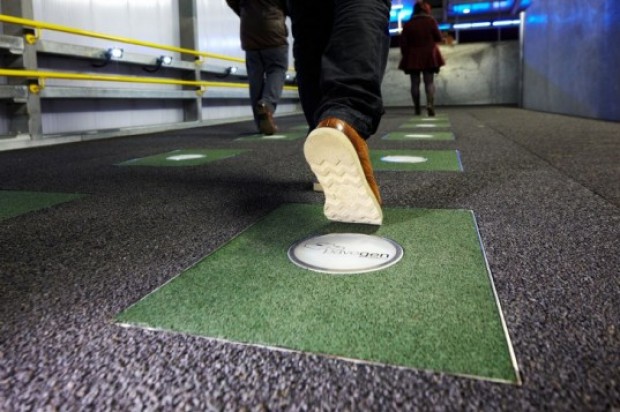 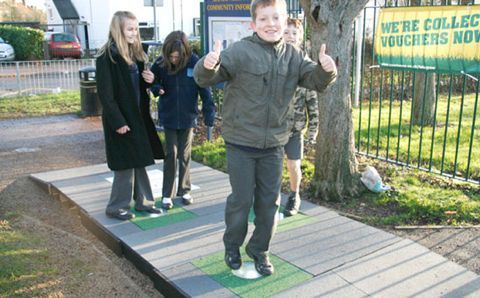