Unlike the MBTA’s bus schedules and trip planners, real-time bus tracker displays inform transit riders when buses actually arrive. With that information, they can then decide to wait, know if a bus is late or has passed, or consider an alternative route at stops served by multiple lines. While waiting, riders might decide to patronize a nearby business, potentially increasing commercial foot traffic, and knowing their wait’s duration can reduce the anxieties often associated with taking public transit. Improving riders’ experiences in these ways could encourage increased bus ridership, as seen in a similar initiative by the Chicago Transit Authority. Increased ridership would, in turn, help address the city’s traffic reduction needs.

Widespread access to real-time bus arrival data is, like any transit information, a community asset, one which Cambridge currently lacks. Indoor transit display screens at select city locations, such as City Hall and the Central Library, reach too few residents and do not help riders make transit decisions where and when they need them.

Similar to an e-book reader, e-ink displays are black-and-white and reflect light like paper. This makes reading comfortable, including in direct sunlight. E-ink also allows for a large viewing angle, wider than most light-emitting displays, and new, high-contrast e-ink technologies are ADA complaint. Because they reflect light, e-ink displays also require little power and do not need to be wired to the city grid. Solar power charges a reserve battery, and the ruggedized displays operate at a wide temperature range and resist vandalism.

Smartphone transit apps inform riders of transit options, often in real time, but can be inconvenient to access in certain situations, and not all transit riders have smartphones. Even for those who do, offering various ways to access real-time arrival information would serve the full spectrum of transit customers.

Locating the displays at high-use bus stops in all city neighborhoods would serve the widest range of residents. The displays could be mounted near the city’s existing bus shelters throughout Cambridge at the busiest bus stops, with priority given to environmental justice areas, near senior housing developments, hospitals, and other locations where access to real-time transit data is of particular benefit. (See the attached map for specific recommended installation locations.) 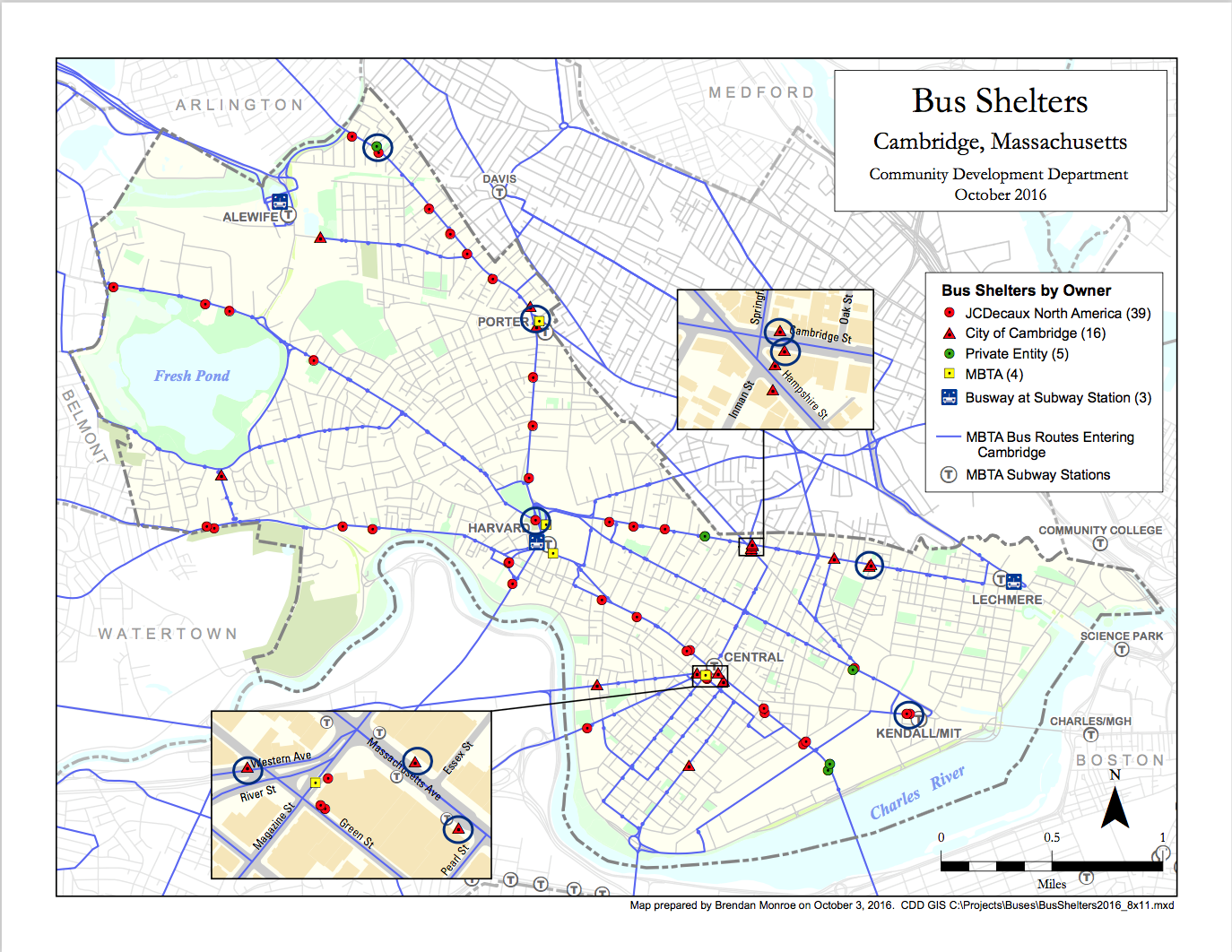