One of the key goals of the Vision Zero Action Plan released in February 2018, is to lower speeds in the City in order to reduce the likelihood of traffic crashes that result in fatalities and serious injuries. That emphasis is well warranted, as the US Department of Transportation has found that speeding accounts for as many as a third of all traffic-related pedestrian fatalities. The City took a major step towards eliminating that danger by lowering the city-wide speed limit to 25 mph in 2016, and earlier this year, the speed limit in the city’s busiest squares was reduced further to 20 mph. This proposal will help to remind drivers of the new speed limits by allowing the City to install as many as 15 new live speed feedback displays around Cambridge. Locations for the devices will be selected based on crash statistics from the Cambridge Police Department and speed data for roadways throughout the city. This will help target the investment in the locations where they will have the greatest impact on making the roads safer for all users. 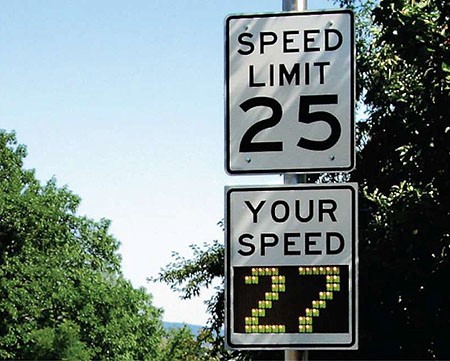