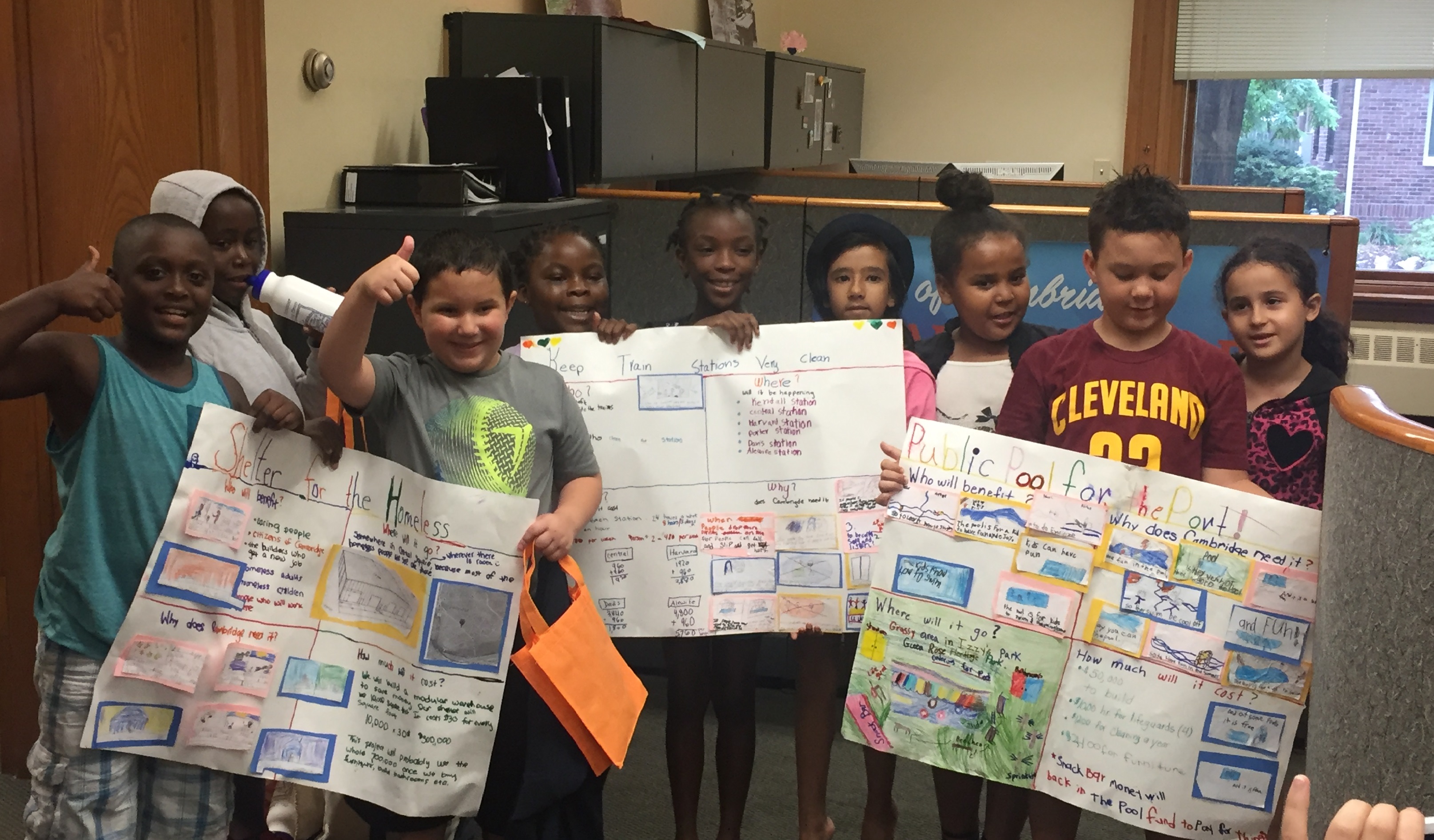 Nine second and third grade students from Ms. Leonard's summer school class at Fletcher Maynard Academy strode confidently into City Hall this morning to present their PB ideas to City staff from the Budget Office and the City Manager's Office.

Working in groups with their teacher's guidance, they developed three proposals about how they would spend $700,000 to improve Cambridge.  The first discussed cleaning up T stations across the city, the second proposed building a 10,000 sq. ft. shelter for the homeless, and the third sought to build a public swimming pool in Greene Rose Heritage Park.

The students created colorful and detailed posters for each proposal.  As they presented them to City staff, they explained four key elements of each project: Who will benefit?  Where will it go?  Why does Cambridge need it?  And how much will it cost?

The students were meticulous about their work, pointing out that the homeless shelter would benefit not just homeless adults and children, but also those who get jobs constructing the shelter or working inside providing services.  They calculated wages for lifeguards at the pool and cleaning staff for the T stations.  They even came up with a way to offset some of the money spent building the pool: revenue from a snack bar.

In short, these students were awesome.  They were thoughtful, serious, conscientious, and compassionate.  To be this civically engaged and active at such a young age is incredible.  Imagine what they'll do when they grow up.