Real time bus arrival monitors with digital displays at bus shelters let everyone know when the bus is coming. This is critical information because buses are often late and not everyone owns a smartphone. Real time arrival monitors allow people to budget their time and will enhance the use of public transportation. We chose Inman Square to be a pilot project for the city. It is the only major commercial square without a T stop. This will serve people who are frustrated with late buses as well as those who do not have smartphones. 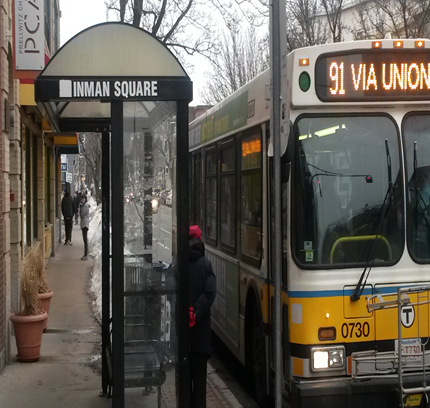 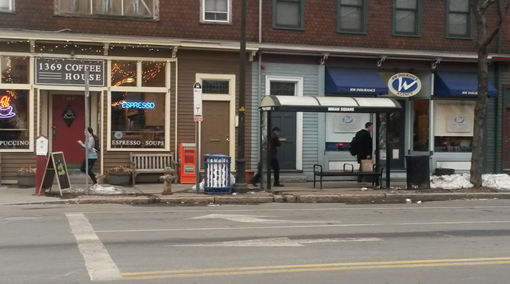 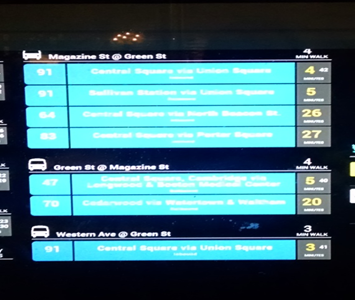