Install high-visibility markers on fire hydrants around town to increase safety for all residents and reduce response time of the fire department by improving ease of locating hydrants in emergencies, at night, and in the snow.

The goal of this project is to improve emergency response times and residents’ safety by making locating fire hydrants in emergencies, at night, and in snowy conditions easier for the Cambridge Fire Department. This will be achieved by purchasing 200 new high visibility fire hydrant markers that will be installed on various fire hydrants around town.

After the 2015 winter storms, the Cambridge Fire Department purchased 100 of these markers to aid in their ability to find these fire hydrants when it snows. These were a huge success and they provided significant benefit for the Fire Department teams, specifically making it easier to find the hydrants in emergencies when covered in snow. A bonus perk is that after purchase and installation, there are practically no ongoing costs to maintain these. Thus the additional 200 that would be installed for this project provide a high benefit-to-cost value and residents greatly benefit by improved response times from the Cambridge Fire Department in the case of a fire or other emergency.

The prioritization of which hydrants these markers will be installed on will be left up to the various Cambridge Fire Department stations, as they are most familiar with which hydrants are difficult to spot, typically covered in snow, or would benefit the most from improved visibility, and which city areas are most prone to fire risk. 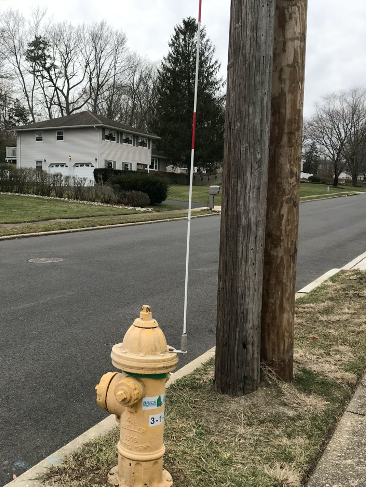