Navigating intersections can be confusing. Adding bike signals to busy intersections will help cyclists safely navigate intersections and make the roads more predictable and friendly for all.

Navigating street traffic can be confusing or frustrating for everyone. On large streets with multiple lanes of car traffic, there is always more congestion, more waiting time, and for cyclists, more uncertainty as to whether it is safe to proceed at a green light. In many instances, cycling lanes are to the right of a right turn lane, making it dangerous for cyclists to proceed straight at a green light -- meaning vehicles are potentially turning into cyclists who are going straight. 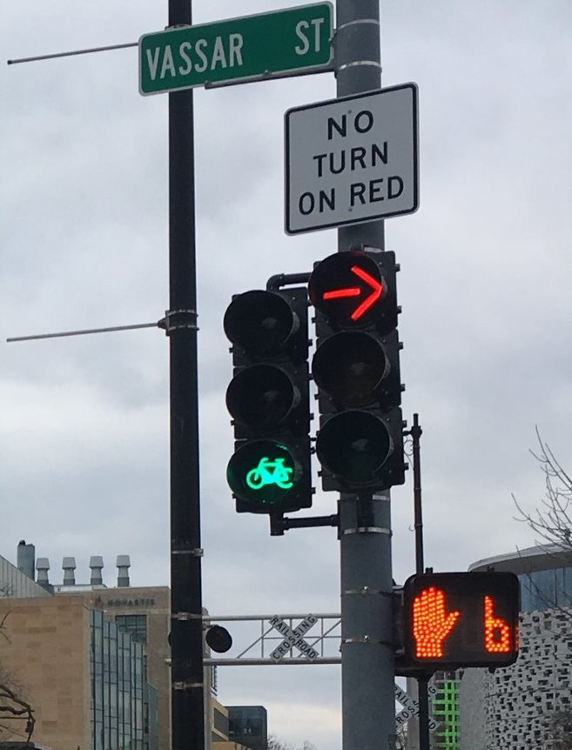