During this year’s Participatory Budgeting idea collection cycle, a number of Cambridge residents cited potholes and major cracks and gaps in existing bike lanes as detrimental to safety and comfort for cyclists using existing bike lanes. In support of the City of Cambridge’s Vision Zero Action Plan and the Bicycle Network Vision Plan, the City has supported numerous bicycle infrastructure projects, including separated bike lane construction. In order to maintain bicycle lane infrastructure and ensure the safety of all road users, the City and State have dedicated $6 million per year for street and sidewalk maintenance. The plan aims to prioritize approximately 50% of all streets in Cambridge that are considered high need areas. While the City of Cambridge is committed to maintaining and supporting bicycle infrastructure, the 5-year Street and Sidewalk Plan cites an increasing backlog of streets that require critical attention due to funding constraints. This proposal will supplement city and state funding to more efficiently address bike lanes that are in desperate need of repaving.

The need for expeditious bike lane maintenance is especially important in a city that relies heavily on biking as a key mode of transportation. A recent survey of Cambridge residents found that between 7 and 9 percent of residents commute to work by bicycle while each household in Cambridge owns approximately 2.6 bicycles on average. During the 2015 Participatory Budgeting cycle, city residents voted to construct two separated bike lanes on Brattle Street and Massachusetts Ave. In order to maintain the value of previous Participatory Budgeting investments and ensure the safety of cyclists in the city, maintenance of existing bicycle infrastructure is critical.

Repaving bicycle lanes will not only benefit cyclists, but also all road users. Potholes, cracks and uneven pavement in bike lanes may cause cyclists to veer further into the street in order to safely pass through the affected area. This results in safety concerns, frustration, and unexpected situations for both cyclists and vehicle users. Ensuring that dedicated bike lanes are fully maintained may cut down on traffic accidents and create more efficient road use. 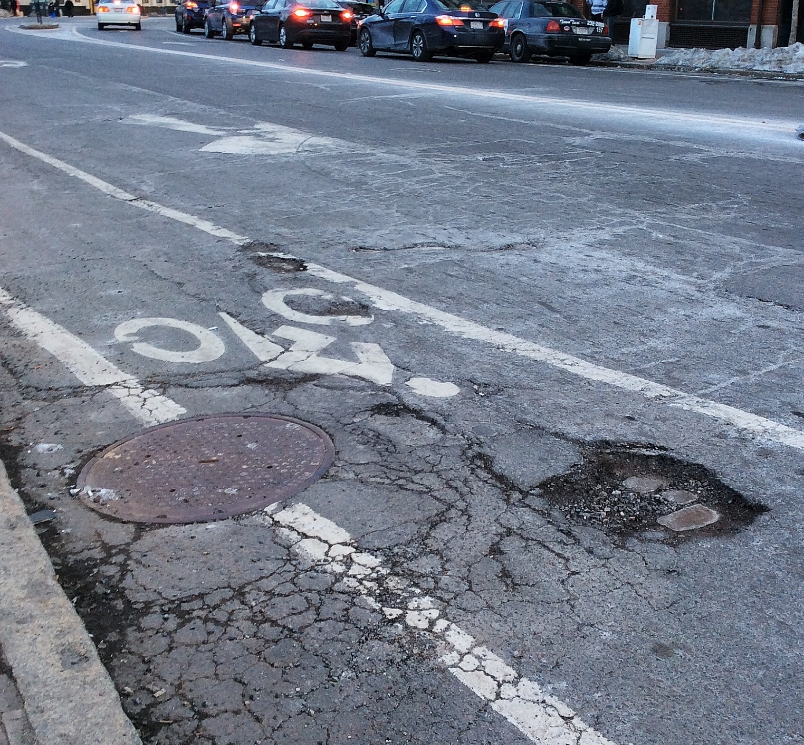