Short Description: Four moss walls will bring life to underplanted areas of Cambridge! These walls can be customized with benches or solar charging stations, harnessing the low-maintenance, high-impact qualities of moss to clean our air and beautify our squares.

Long Description: We propose building four moss wall structures throughout Cambridge in areas that are historically underplanted and lacking greenery. These green walls would canvas the city to form “The Jade Chain,” a name meant to play off of Boston’s Emerald Necklace. The walls would be fully customizable, from the type of plant to modifications such as the addition of benches (including those with solar panel chargers, like Soofas). These living walls would bring greenery to areas of Cambridge where traditional foliage, such as trees, cannot be planted due to underground cables or other obstructions.

Moss has demonstrated air purification qualities that are unmatched by other plants, and once they are established on their growing surface, they do not require significant maintenance, even in winter. The selection of appropriate moss species will be vital at the outset. Different moss species can be selected based on the amount of sunlight available at each location, and only those that can withstand Cambridge winters should be considered. But once these moss plants are established, maintenance will be minimal.

Moss walls have been installed in major cities around the world, including Paris, Hong Kong, and Brussels. These cities faced the same problem as Cambridge: locations lacking greenery are often unviable for planting trees. These cities found an attractive solution in moss, which has greater surface area for uptake of pollutant particulates than trees or other plants. These installations also bring public awareness to the benefits of moss and the environmental impacts of our daily lives as city-dwellers.

This project is unique in that the creation of these structures would not be otherwise budgeted for by the city. Residents of certain neighborhoods have asked for more trees, and we understand that in some locations this has not been possible. We propose placing these walls in these neighborhoods to give residents the benefits of moss instead. Furthermore, this creative and visually stunning project will serve as great publicity for the PB process and encourage future engagement by Cambridge residents. 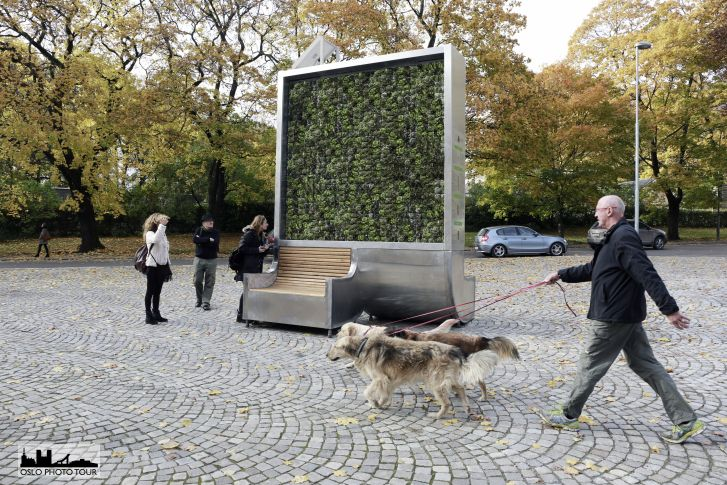