Location: 3 locations, to be determined

Short Description: What’s the impact of the new bike lanes in Cambridge? Let’s measure it! Three new bicycle counters will provide accurate counts of people passing on bicycle via in-ground loop detectors and digitally display how many people use bike lanes.

Long Description: Bicycle counters provide valuable information about the patterns of cycling in Cambridge, and an accurate count of the number of cyclists at the busiest streets in Cambridge. They allow the City to assess its goals to increase cycling and create safe infrastructure as set forth in the Cambridge Bicycle Plan. The data provided by these counters will also allow the City to measure return on investment in bicycle facilities and help identify locations for new facilities. Data is transferred daily from the bicycle counter device to Cambridge's Open Data Portal.

Cambridge’s existing “Eco Totem” counter (made by the Montreal-based company Eco-Counter) counts cyclists via in-ground loop detectors and displays on the monitor how many cyclists pass by. The counter displays daily and cumulative totals and also captures weather data to use for analytical purposes. This project would add an additional 3 counters to high traffic areas.

The data can be used in many ways: 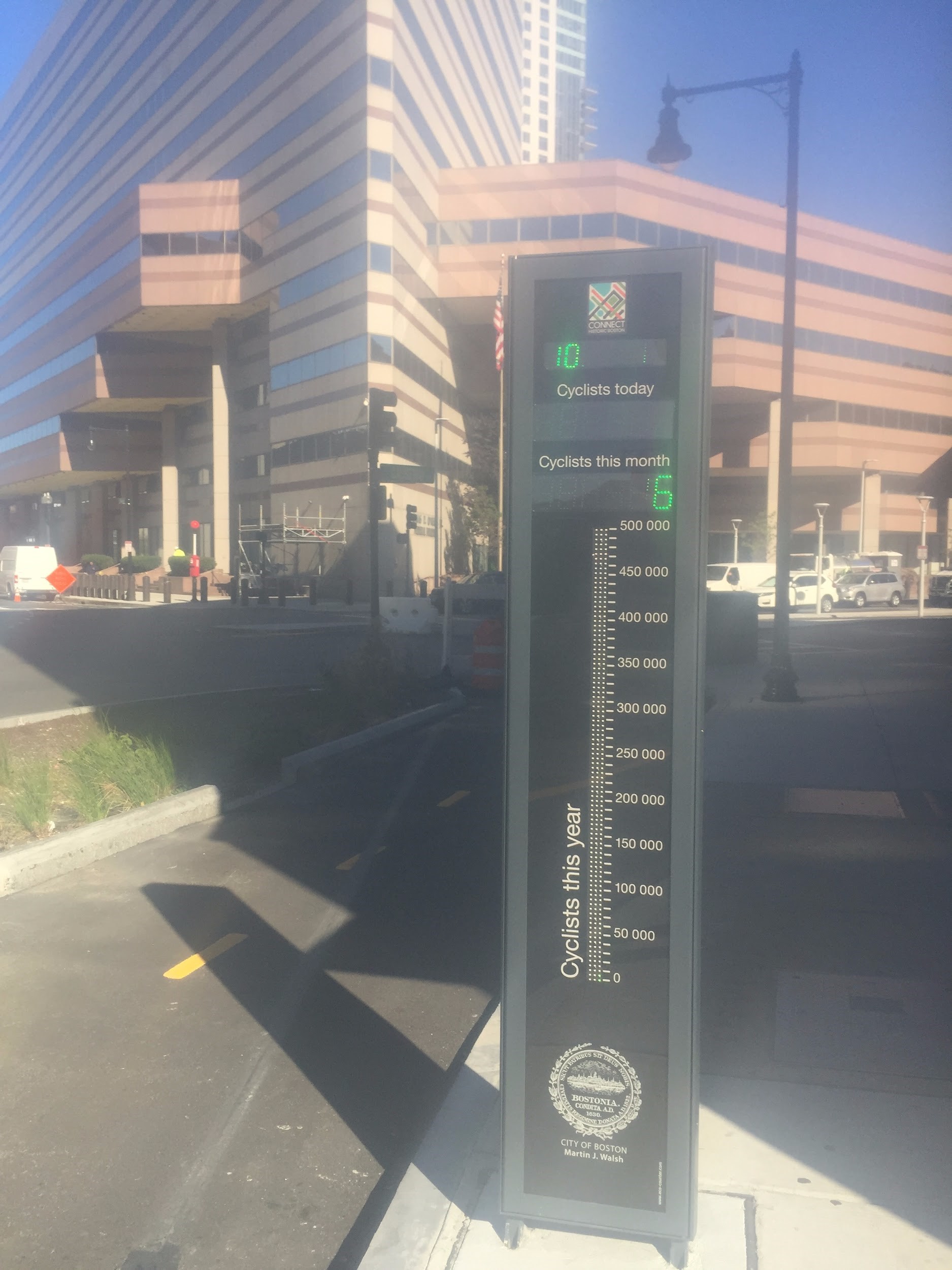 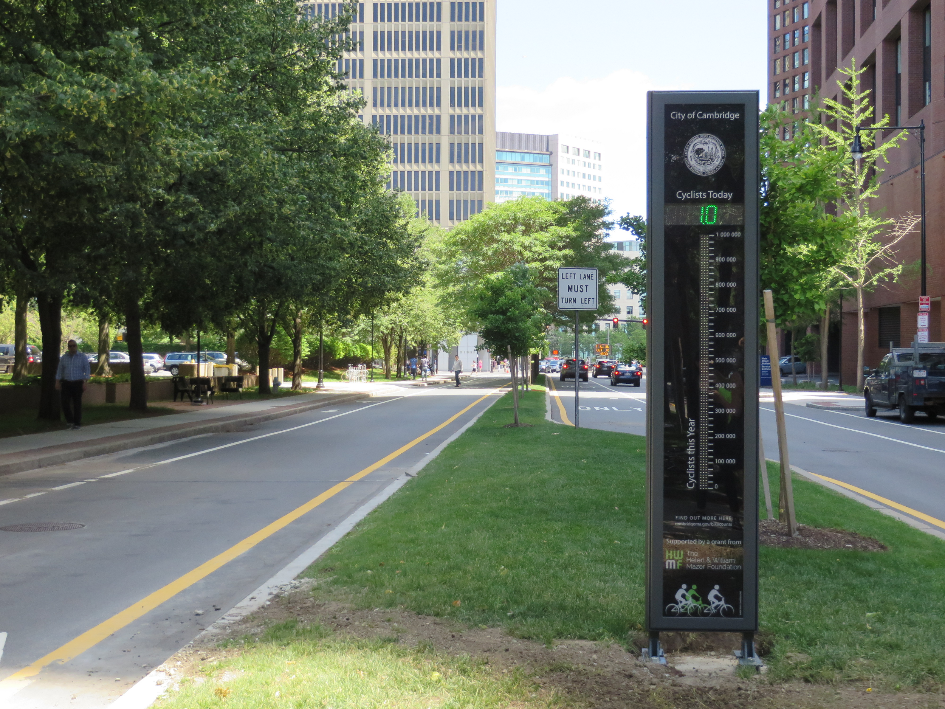