In December 2015, a project to separate bike lanes from traffic won $50,000 in FY17 capital funding during the second Participatory Budgeting vote in Cambridge.  The goal of the project is to minimize conflicts between bicycles and vehicles and improve safety. 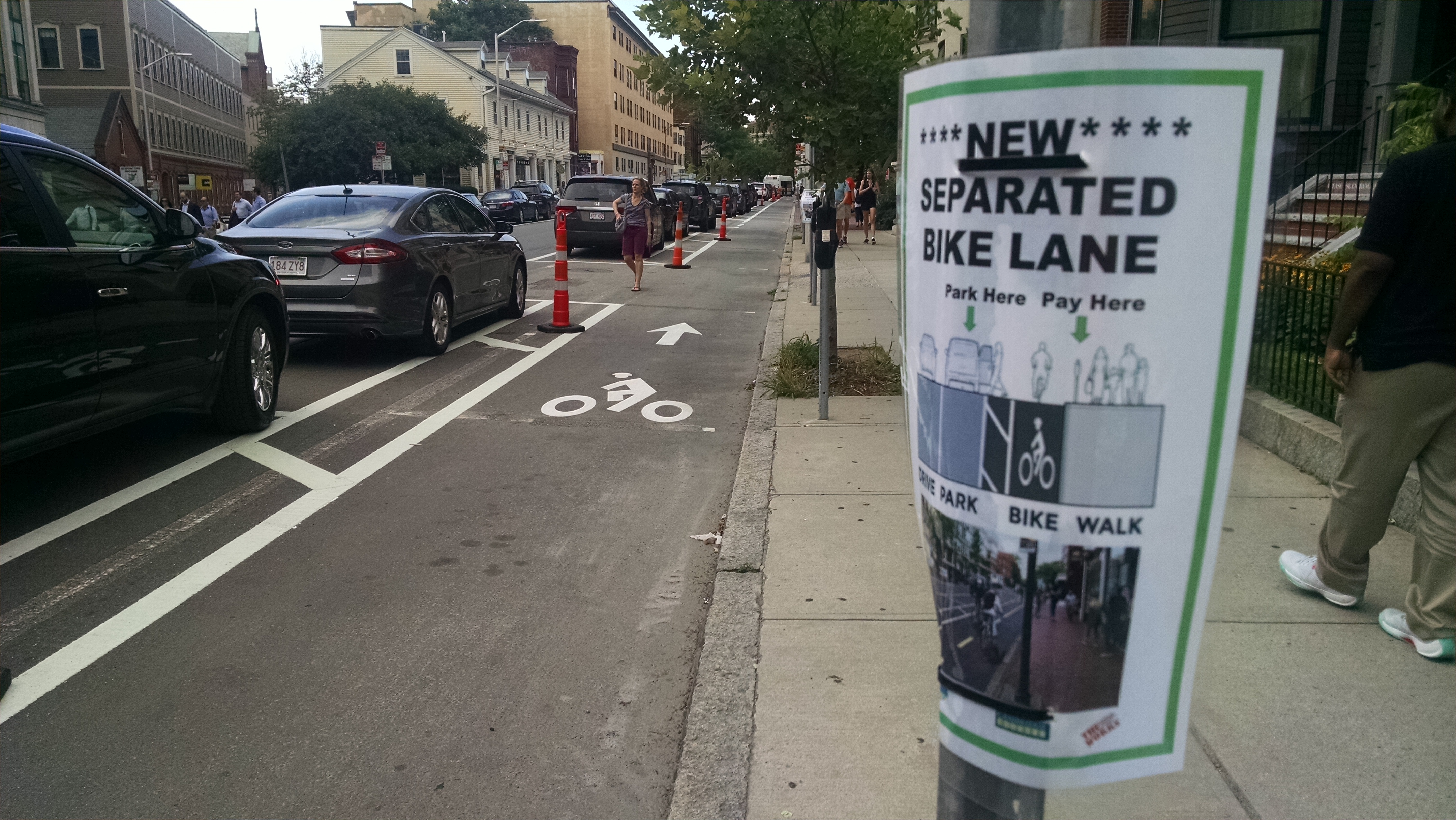 The majority of the installation work is complete, but additional work will continue over the coming weeks, including further adjustments to signs and meters, installation of flexposts, and additional tweaks based on the initial operational experience. For additional project details, please click here.

Head over to Brattle Street and Mass. Ave. to try out the new lanes!

Many thanks to the original idea submitters; the PB2 Streets, Sidewalks & Transportation Budget Delegate Committee; PB voters; and the Traffic, Parking & Transportation and Community Development Departments for making this project a reality.