Short Description: Improve safety on Massachusetts Avenue by adding shared lane markings for bicycles, along with signs saying “Bike Route,” “Bicycle May Use Full Lane,” and “Watch for Cyclists” where bike lanes are not already present.

Long Description: Massachusetts Avenue is part of the Bicycle Network Plan. Commuters, shoppers, families, and students all bike on Mass. Avenue, competing with heavy traffic, including large trucks and buses. But two stretches of Mass. Avenue have no accommodations for bicycles. The most recent 2015 Bicycle Network Plan ranks Mass. Avenue as unaccommodating for all but very experienced cyclists, and community input maps show that Mass. Avenue is a place where cyclists would like to see improvements. As a solution, we propose painting shared lane markings (approximately 100) and installing more signs (approximately 45) to improve conditions for bicycles on Mass. Avenue.

Specifically, we propose painting shared lane markings in the center of the right lane in both directions, where Mass. Avenue is currently too narrow for bike lanes: from Central Square to Harvard Square, and from north of Porter Square to the Arlington line. We also propose adding frequent, large signs that say “Bike Route,” “Bicycle May Use Full Lane,” and “Watch for Cyclists.” The shared lane markings and the bicycle awareness signs will benefit drivers by making them more aware of cyclists, while also giving cyclists more confidence to use the road. According to the 2015 Bicycle Network Plan, shared lane markings reduce by half the proportion of cyclists who feel “very uncomfortable” riding in commercial areas.

This is currently the only bike signage on Northern Mass. Avenue. 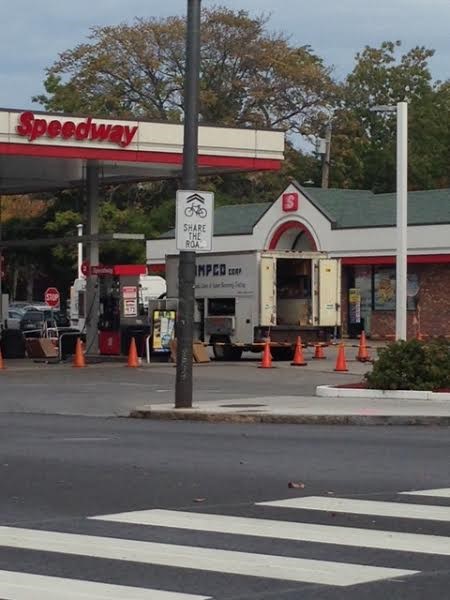 Here you can see a cyclist riding on northern Mass. Avenue, where there are no bike lanes, no shared lane markings, and no bike route signs: 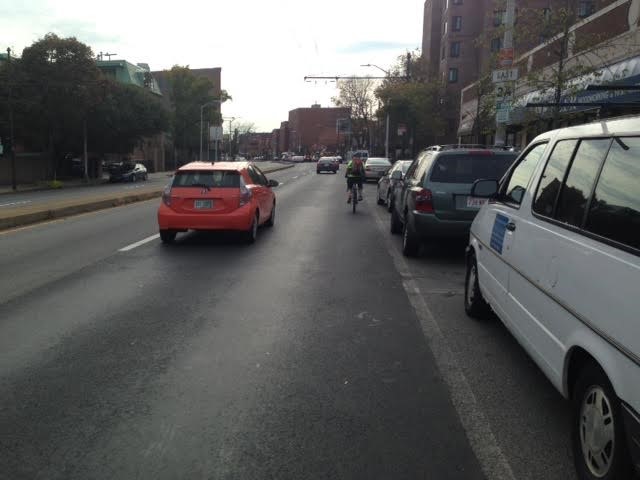